"For much of my life I have been a teacher of art,

but I never stopped being a student of art" 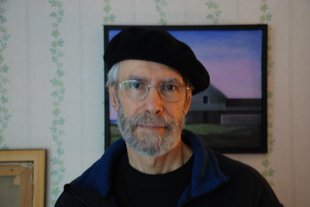 Javad was born 1948 in Shiraz, Iran. Since an early age he was interested in art and to this day he finds nothing quite as satisfying

as creating, the process of forming clay or painting something that

resides within his imagination.  He has studied and practiced arts

in Iran, the USA and in Sweden.

Today he lives and practices his art on the west coast of Sweden.